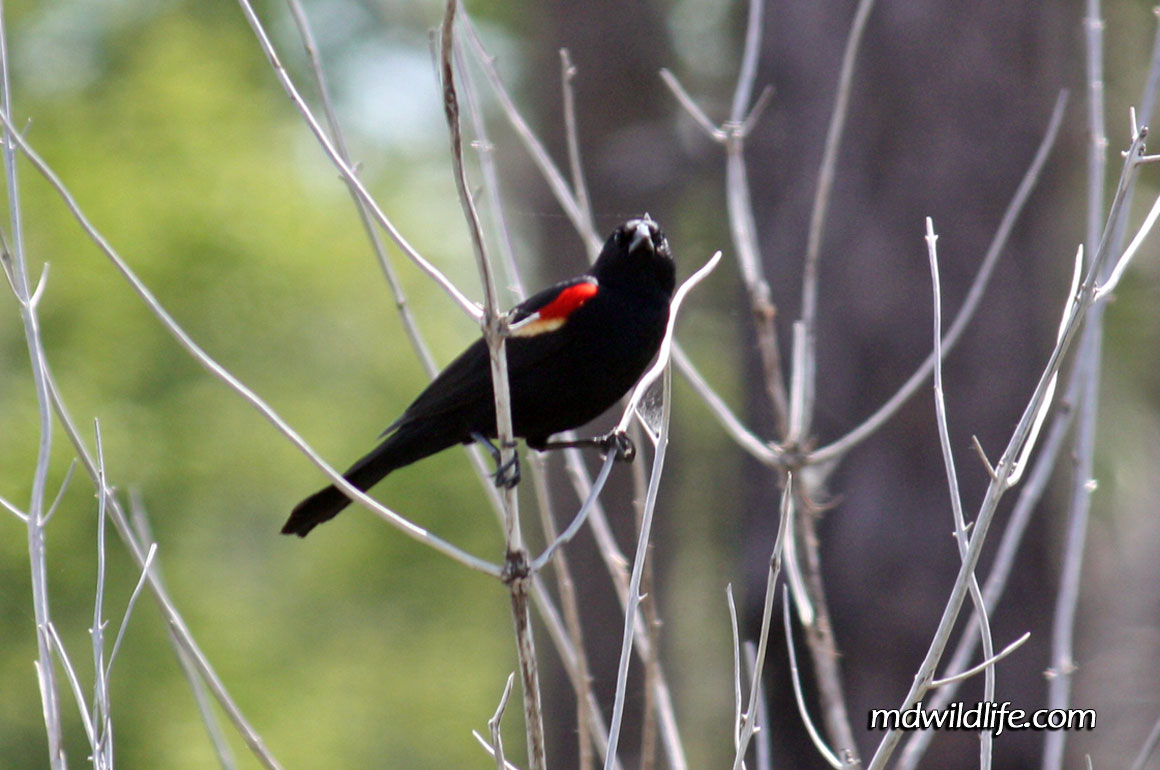 The Red-winged Blackbird (Agelaius phoeniceus) is an unmistakable member of the blackbird family.

I have observed and photographed these blackbirds across the state in several wildlife management areas and they are always easy to pick out. They prefer to perch, often, very high in trees and can make a heck of a lot of noise. 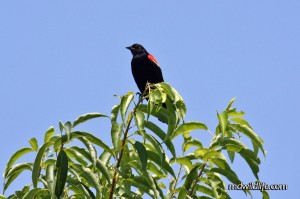 Red-winged Blackbird perched atop a tree at Eastern Neck Island.

The bird’s head and body is all black, expect for the shoulder-portion of its wings, which show a sharp red patch. The red blotch is interrupted at the tip of the wings by an equally impressive yellow color.

In flight, the wings spread out and the red wings with yellow tips stand out like racing stripes to either side of the bird’s body.

Eastern Neck Island is a great spot for these guys, I have also seen and photographed them at Canal WMA, Blackwater and Dan’s Mountain.

Red-winged Blackbirds are year-round residents to the eastern part of Maryland.