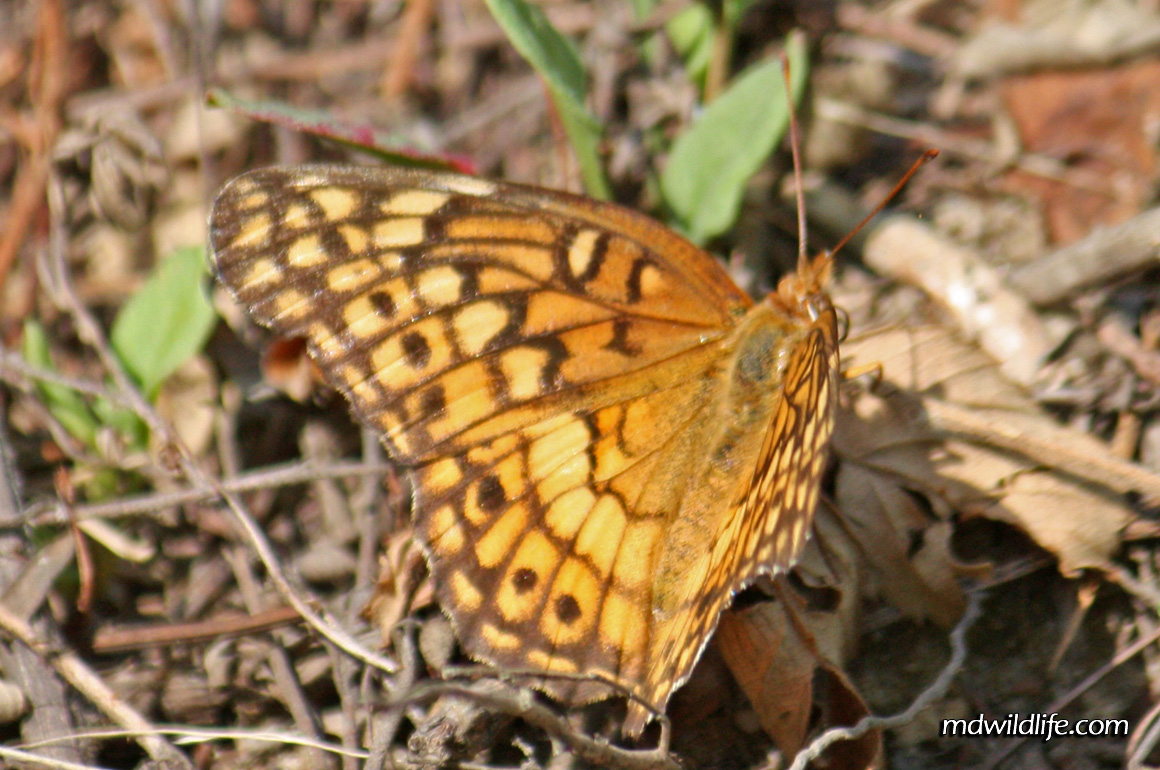 Variegated Fritillary rests on the ground.

The Variegated Fritillary (Euptoieta claudia) is a striking orange butterfly. It is mostly a southern species, but does inhabit Maryland and can be found in states to the north as well.

Personally, I have photographed them at Idylwild and Deal Island, so my captures have bene more in the southern portion of the state. In opposition to the Great Spangled Fritillary, the Variegated seems to be later in the season as well, as I havent spotted any in Maryland before the middle of July.

Wing underside of a Variegated Fritillary.

The Variegated is very close in appearance to the Great Spangled Fritillary, however, when you get a glimpse at the wing underside, the distinction is easily made.

Most Fritillaries, greater or lesser, have identifiable patterns of white circles in some arched pattern. These are usually very organized and distinguishable markings. The Variegated, just has a mess going on down there – extremely different from the Great Spangled.

This Fritillary mostly stays low and can be found along grass, dirt or perched on flowers and weed stalks.