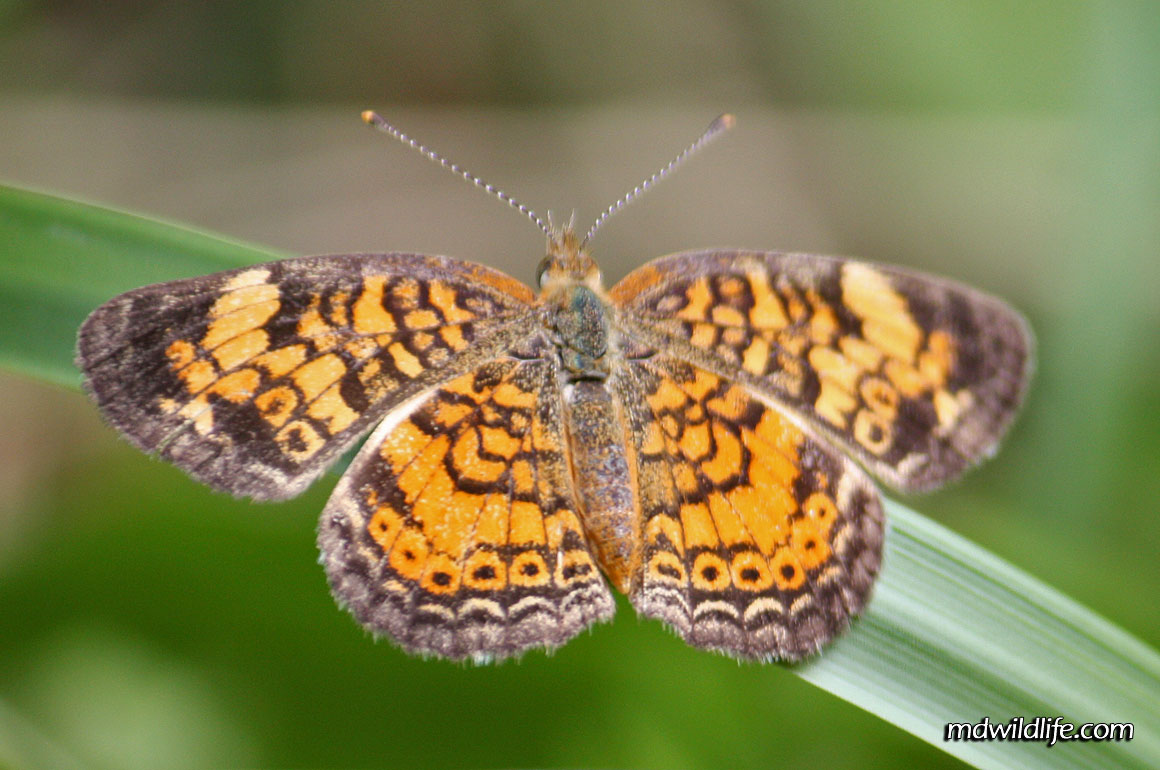 A small Pearl Cresecnt rests along a leaf at Millington WMA.

The Pearl Crescent (Phyciodes tharos) is a small, speckled, orange and black butterfly that can be found all across Maryland, from the spring into the fall months. I have run across one as late as November at Eastern Neck Island Refuge.

The Pearl Crescent is one of those instinctive ids, where you see it and are like, “hey it’s a Pearl Crescent!” but the crescents can closely resemble checkerspots and some metal marks and fritillaries. I recommended you try and get a good look at the markings to be positive.

The “crescent” it actually gets its name from is hard to pick up. The moon shape is visible on its wing underside, and the Pearl Crescent typically stays close to the ground (landing often) and almost exclusively rests with its wings open. The Pearl Crescent is very small, but it’s also very brightly colored, so it’s kind of tough to miss if you come across one.

Go out a few times during the summer, and it’s pretty much a guaranteed catch.