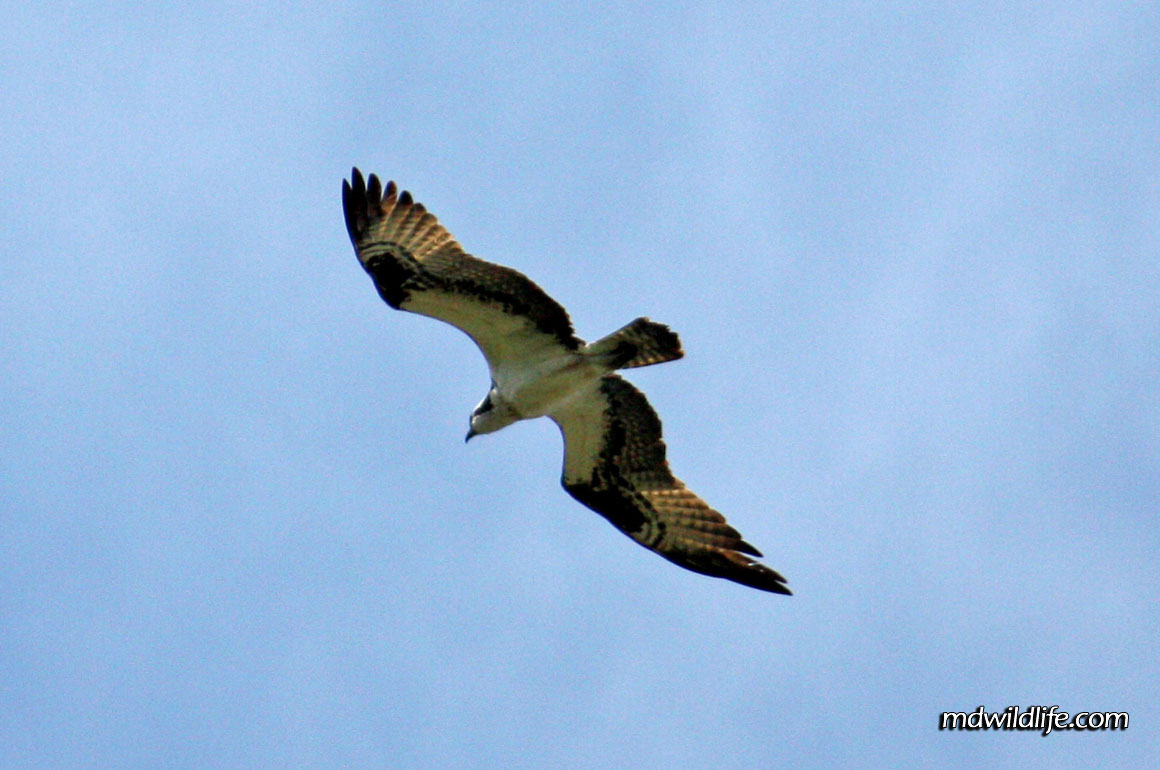 An Osprey in flight over Eastern Neck Island Refuge.

The Osprey (Pandion haliaetus) is a large, brown and white predatory bird similar in appearance to many hawks.

The Osprey was a threatened species at one time, but I think its doing pretty well now, with populations across much of the northern U.S. and Canada. Osprey are fairly common in Maryland, but most heavily concentrated on the eastern shore. It’s pretty doubtful you will see any in the central and western part of the state, until you reach areas of Maryland that border Canaan Valley. 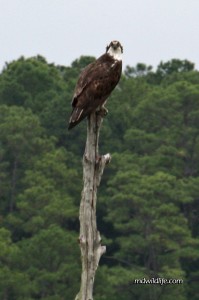 An Osprey sits on a perch at Blackwater National Wildlife Refuge.

The best places in Maryland to spot Osprey are the national refuges. Both Eastern Neck Island and Blackwater Refuge have several man-made boxes on support poles, which are constructed and position to support Osprey breeding and nesting. The boxes are often dark wooden squares places on top of tall poles and very easy to spot. Blackwater’s wildlife drive is a great spot to observe Osprey in these nests.

The Osprey does not have a body as large as the Bald Eagle or Turkey Vulture, but it can have a wingspan of up to 70 inches. Its coloring is very close to a lot of birds in the Hawk family; a dark brown back, that may be speckled in the case of juveniles, and a white breast and underside visible in flight.

Aside from its size and coloring, the Osprey is very easy to recongize in flight based on its wing shape. No other bird that even closely resembles the Osprey in color or size uses the bent, V-shaped wing position in flight like the Osprey does. All other large predatory birds you will see in Maryland fly with straight wings.

If you’re lucky, and catch the Osprey around some water, you might be treated to a show. The Osprey is a great fisher and will dive bomb and pull fish right out of the water. I’ve caught the action at Blackwater and it’s pretty cool to watch. 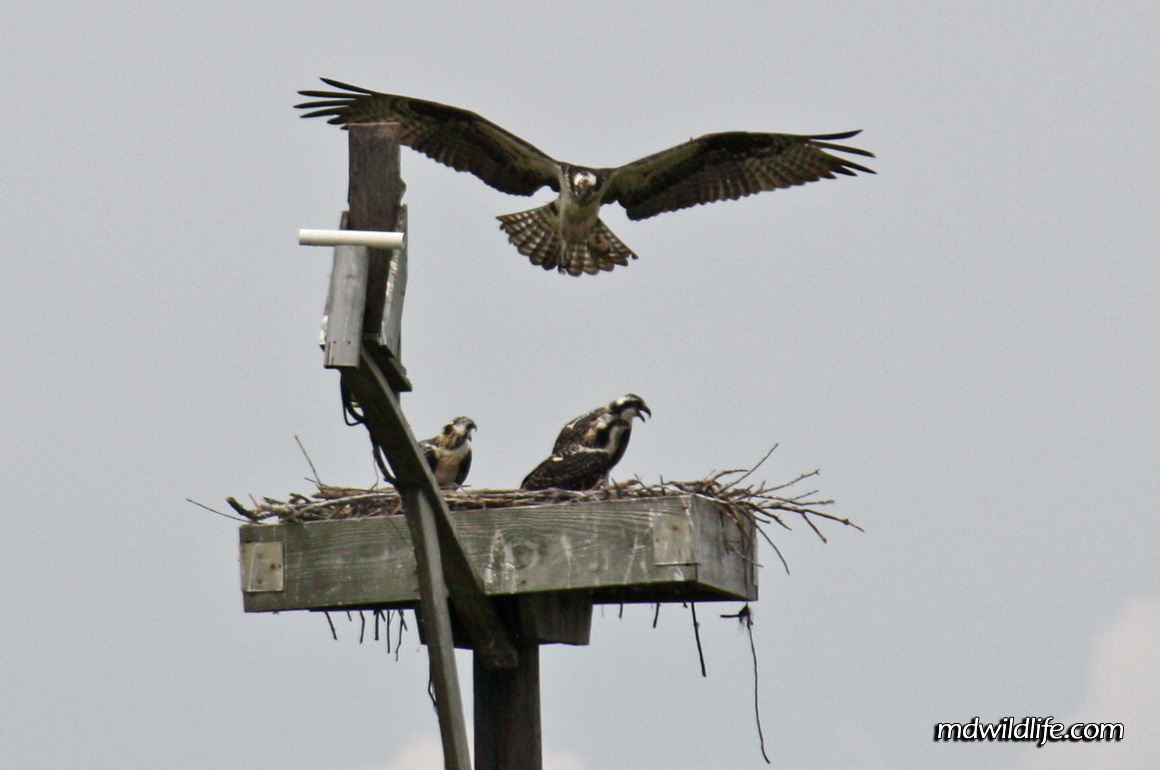 Osprey returns to its nest.