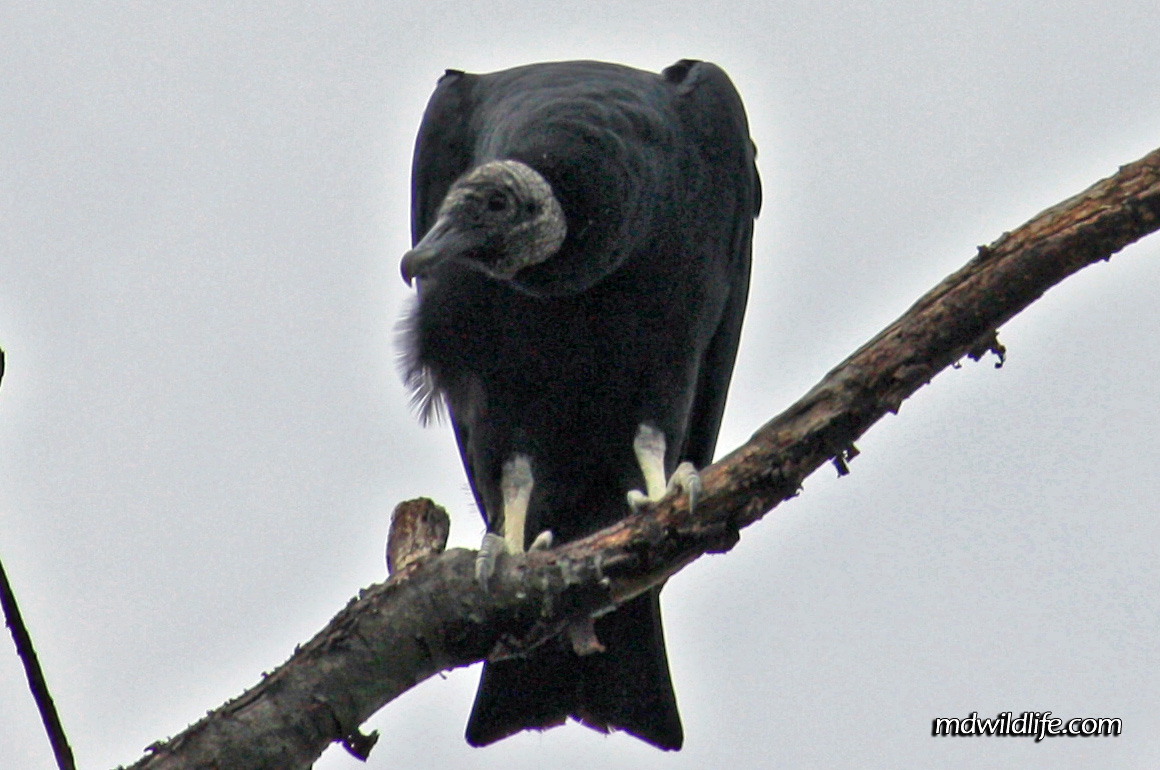 The Black Vulture (Coragyps atratus) is a nasty looking character.

Not nearly as abundant and extensive across the state of Maryland as the Turkey Vulture, the Black Vulture is most likely found in the eastern part of the state. Areas like Eastern Neck and Blackwater list the species as uncommon in their field guides.

The above photo was taken within Gunpowder State Park.

Aside from the obvious difference of cranial color, the Black Vulture is slightly smaller than the Turkey and usually has a shorter tail. Juvenile Turkey Vultures have the same gray facial appearance and, however, and the best way to distinguish between the two species is with their wings open. Black Vultures sport white feathers only at the edged of their wings.