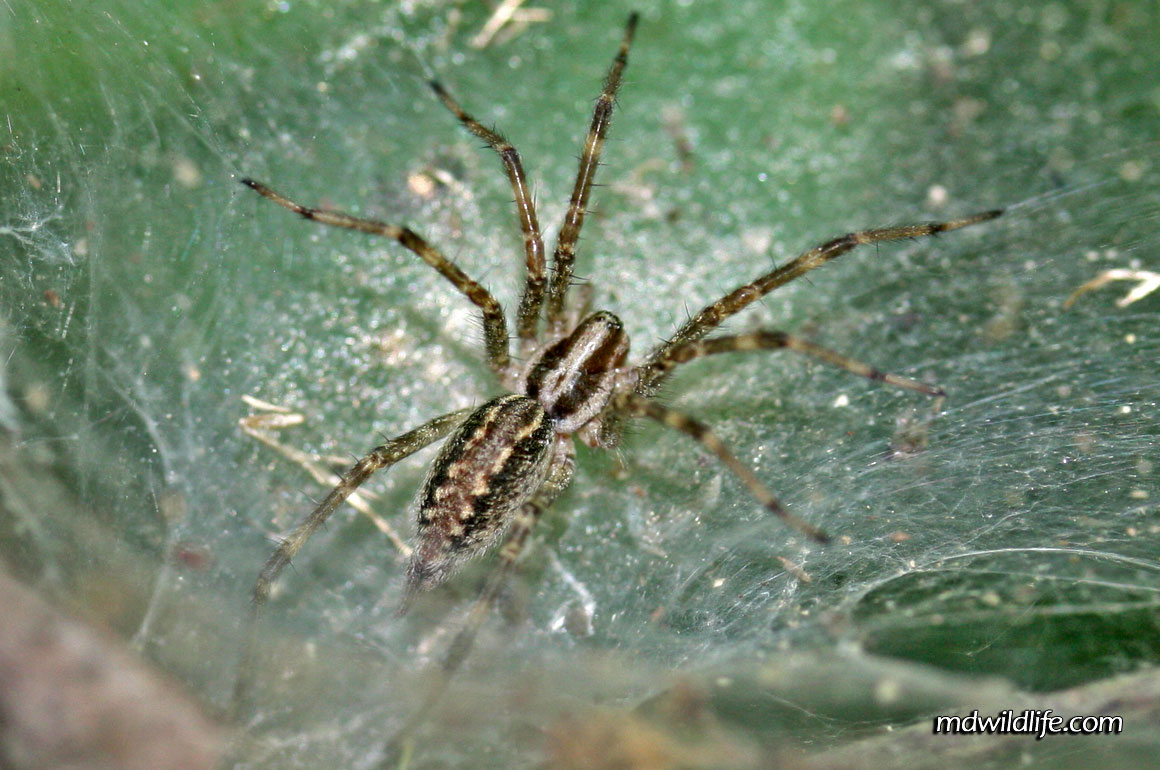 Funnel weaver spider in its web.

Their body markings can be very similar to that of a wolf spider, but because wolf spiders don’t spin webs, it’s usually easy to tell which species you are dealing with.

Funnel weavers can have fairly large webs, with one side usually wrapping into the shape of a cone or funnel. Funnel weavers or grass spiders are not aggressive by nature and it’s doubtful one will bite, but they are pretty quick and will take off across their web fast when disturbed.

They are typically not very large spiders. The photo above was taken at Idylwild WMA with a macro lens.