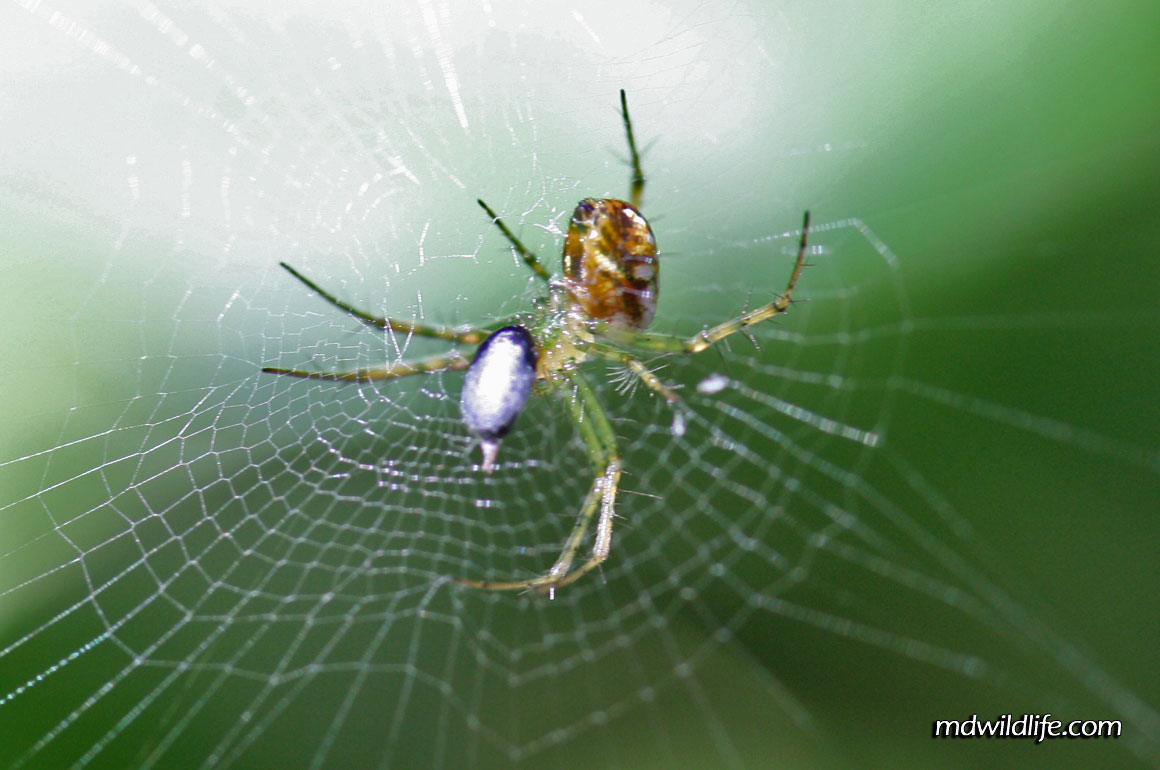 An Orchard Orb-Weaver waits within its web.

The Orchard-Orb-Weaver (Leucauge venusta) is one of the more beautiful, common and recognizable orb-weaver spiders in Maryland.

I have run across this particular orb-weaver species at Milllington Wildlife Management Area, Elk Forest WMA and White Clay Creek in Delaware, so based on personal experiences, I can say it’s a pretty popular species in the state.

From a little investigation on the “www” it would appear as though the Orchard Orb-Weaver is considered a garden species, and it may be found hanging around plants like tomatoes, probably for the other bugs those foods may attract.

The Orchard Orb-Weaver spins an amazingly detailed web, which is really quite beautiful. The web is usually round, radiating and positioned among the branches and leaves of a bush or plant. 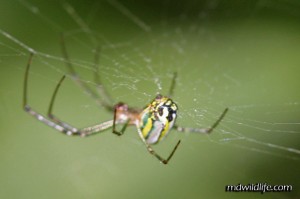 An Orchard Orb-Weaver walks along its web line.

The spider itself has that unique orb-weaver body shape with small legs and a large rear that can almost appear to be debris caught in the web. The colors on the orchard are what make it so appealing and so recognizable. Its legs are a bright green and its abdomen – brown on the underside – has an amazing pattern of yellow, black, green and white stripes on its top, almost in a marble painted pattern. The photo to the right gives a partial view of this pattern.

The Orchard Orb-Weaver is very small (all shots on this page were taken with a macro lens) and it can get lost in its own web, but if you are lucky enough to be in a position where the sun hits the spider, its appearance is unmistakable. The light reflects off its body and displays the bright coloring.

The green of its legs and the strong painted abdomen cannot be missed.