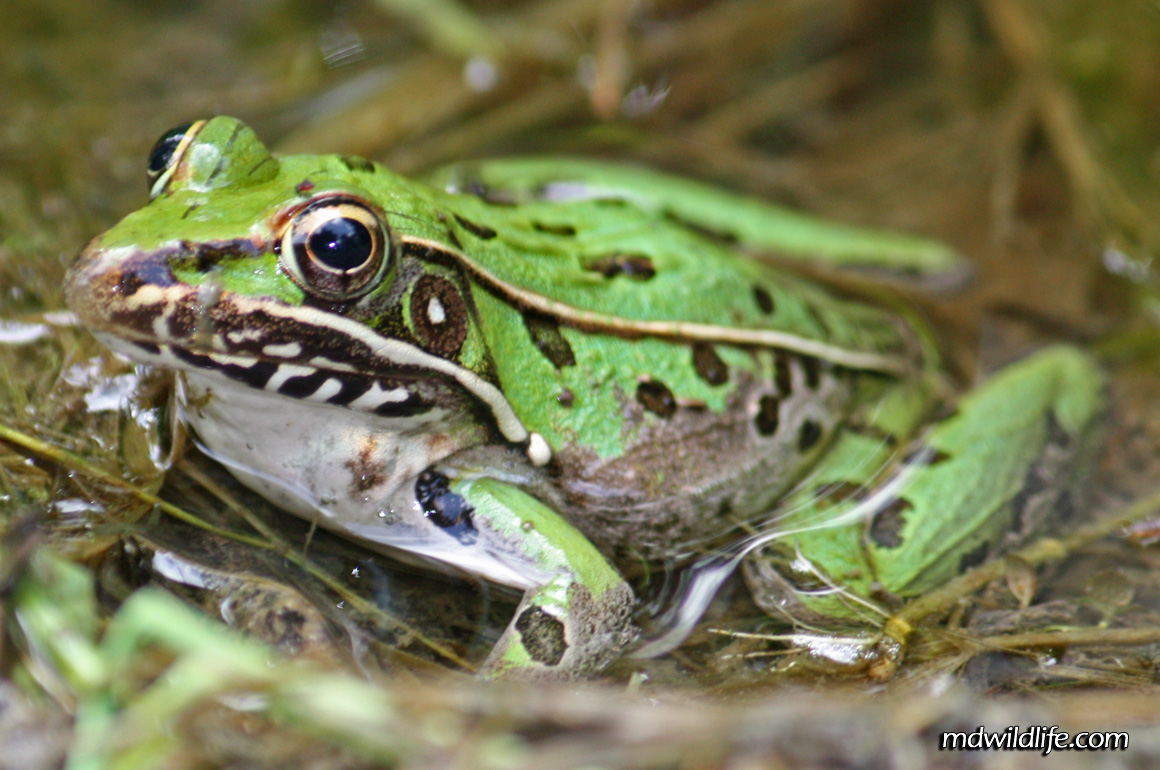 A Southern Leopard Frog sits in a puddle at Millington WMA.

The Southern Leopard Frog (Lithobates sphenocephalus) is at the northern extent of its U.S. range in Maryland.

Physically, the southern leopard is only a few inches long. The frog may have either green or brown skin and black splotches all over its body, which give the frog its “leopard” name.

I photographed the one above in a large puddle along the path at the entrance to Millington WMA. Millington’s marshy terrain and thicky grassy areas are obviously a very convenient habitat for frogs and toads. I think I have captured a southern leopard, fowler or Eastern American Toad everytime I have been there. With dozens of puddles lining the walkways, amphibian and reptile spotting can be great.

The best way to tell if you have a frog or a toad is the skin. Toads will often be covered with bumpy warts, while a frogs skin is much smoother.