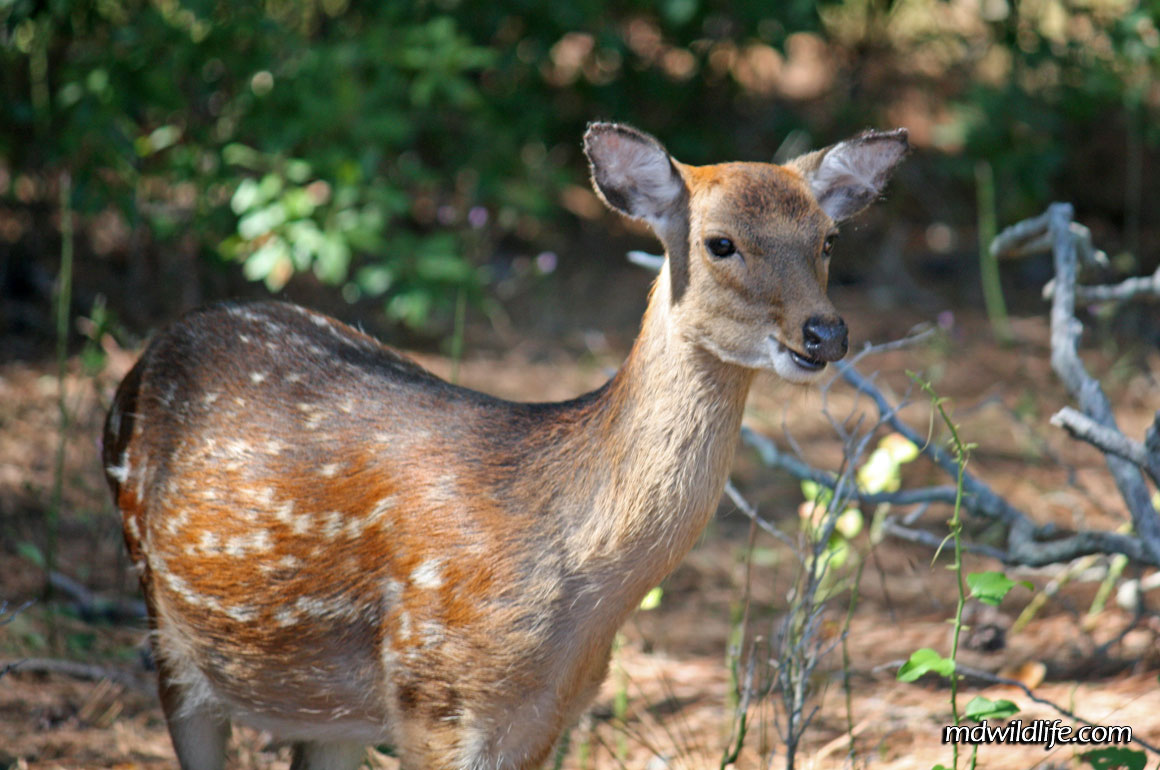 The Sika Deer (Cervus nippon) are primarily an Asian species, but they have been introduced to Assateague Island, and you may get lucky and spot one during a visit.

The one in the photo above is a female. Females have a lighter coat than males, who typically have darker brown fur and resemble an Elk more than a deer. The male’s hairy is also usually a little shaggy. The Sika deer will not lose its spots as it matures, so it’s usually easy to differentiate from Maryland’s other common deer species, the white tail.

The deer above, I spotted on the Life of the Forest Trail at Assateague. It was surprisingly accomodating to photos from several of us on the trail. She just poked through bushes and leaves for a snack and really appeared unafraid, until some kind little kid decided to walk up and throw a handful of leaves at her. Yeah that worked out well.