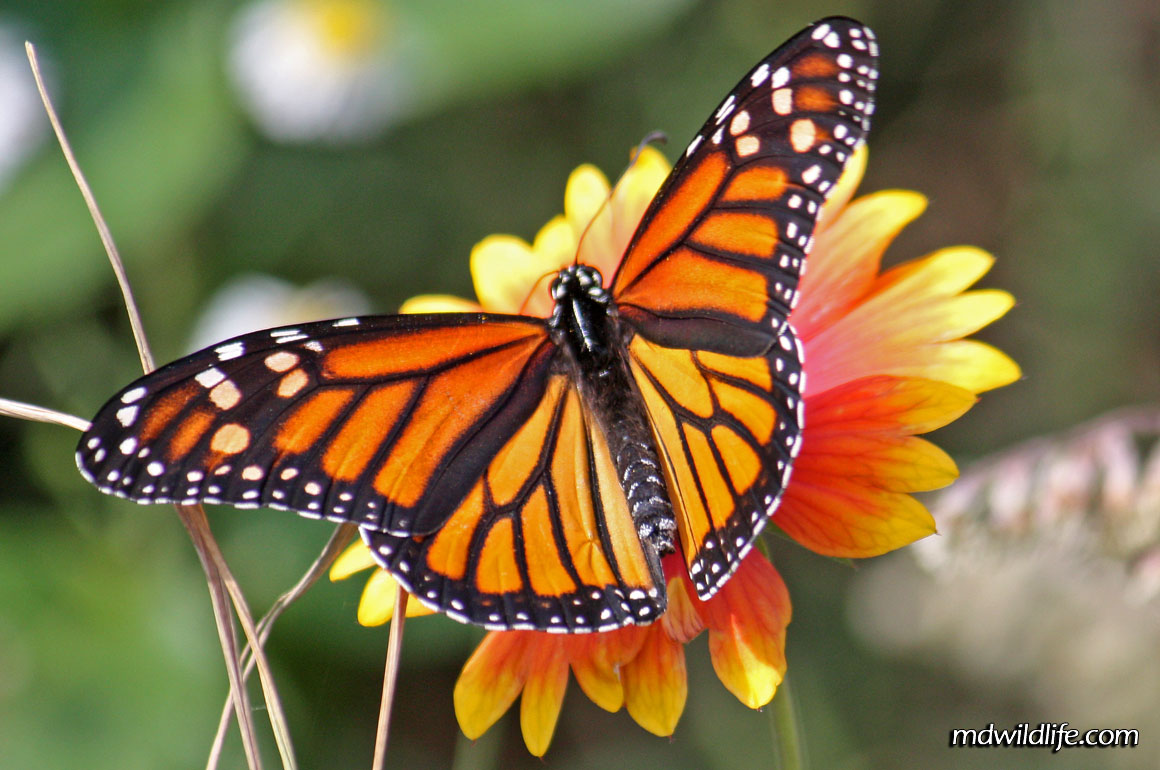 Probably the most ridiculously well-known and recognizable butterfly on the planet. They have those in Maryland. 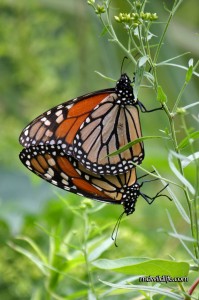 Monarchs getting it on.

It flies every year from Canada to Peru, or somewhere else, and finds something or someplace on instinct alone and it’s amazing and incredible … I don’t know. There’s also something fantatsic it does in the winter – I don’t know that either. I told you, I’m not a scientist.

Here’s the scoop from me: They are in Maryland, probably a little more common later in the summer than in the spring. That appears to be the lifecycle. As for where? I have run across Monarchs everywhere, from out west at Dan’s Mountain, over to Millington, down to Blackwater. If you go out, you’ll see one.

I caught the mating photo to the right in August, so if that’s your thing, late summer for the Monarch.

Otherwise, I don’t mind telling you they are a bit of a pain. You’ll notice I have no really good open wing shotm and I tell you these suckers have been move quick on me this year. The Monarchs have been very sensitive and taking off on me at first focus. They also can be quite particular, and may do a bit of flying and flapping before deciding to settle somewhere. Monarchs also tend to be high flyers, so they’ll shoot out of range on you, or hang out somewhere up ona  tree where you have no chance to get a good shot. 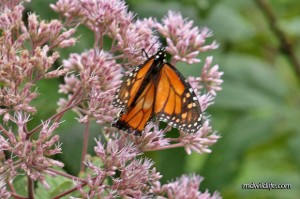 Of course, it’s hard to mention The Monarch, without bringing up the Viceroy. You can go to my Viceroy entry for a picture, but the most easily indentifiable differences are: