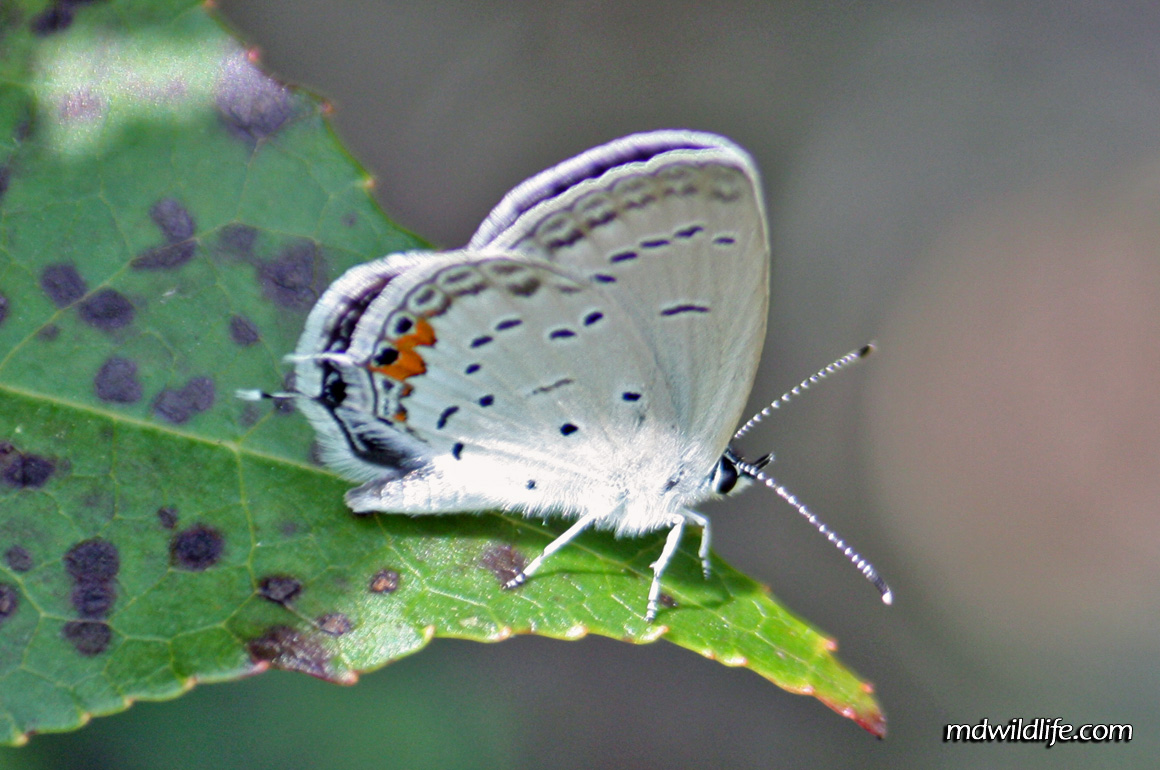 The Eastern Tailed Blue has a small but distinguishing orange mark on its hindwing.

The Eastern Tailed-Blue (Cupido comyntas) means trouble for you identification fans out there.

When you have one zoomed in as close as the photo above, it’s not that hard to pick out the orange splotch, the straight double tail and make an educated guess, but from a top view, or even from a side view with the naked eye, welcome to the world of blues, streaks and azures. So many species in these families look ridiculously similar. 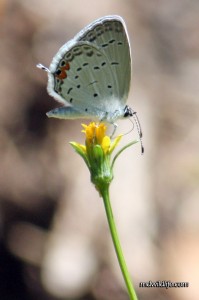 Eastern Tailed-Blue sits atop a flower

The Eastern Tailed-Blue is one of the more abundant guys of the bunch, especially around the Maryland areas. I have photographed them in parks north, south and west in the state. This blue is very small, and moves fast, but will stop on the bare ground or on plants and offer you a shot.

Blues will even sometimes walk along the ground providing a great side angle of a closed wing position, but the trouble is, the butterfly is so ridiculously small, it is easy to look right past a specimen.

At rest, the wings are almost always closed. Once in a while, it may spread wings on the ground, but from a  perched position, they will be closed.

The most distinguishing characteristic on the Eastern Tailed-Blue is the orange hindwing marking. Many other butterfly species among the Blues and Hairstreaks will have an orange band, trim, or coloring, but only the Eastern Tail’s is so small, strong and controlled.

I have photgraphed Eastern Tailed Blues in Middle Run Delaware, out west as far as Dan’s Mountain and in the southern part of Maryland from Eastern Neck Island down to Assateague Island. 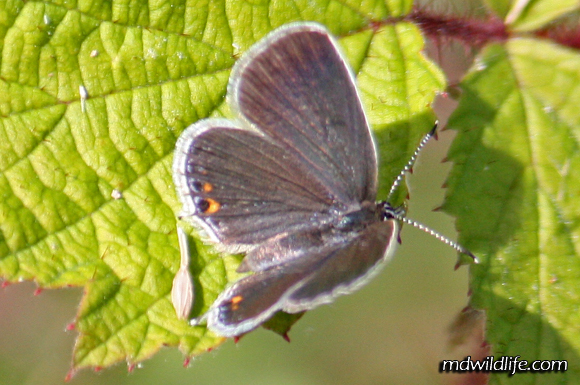