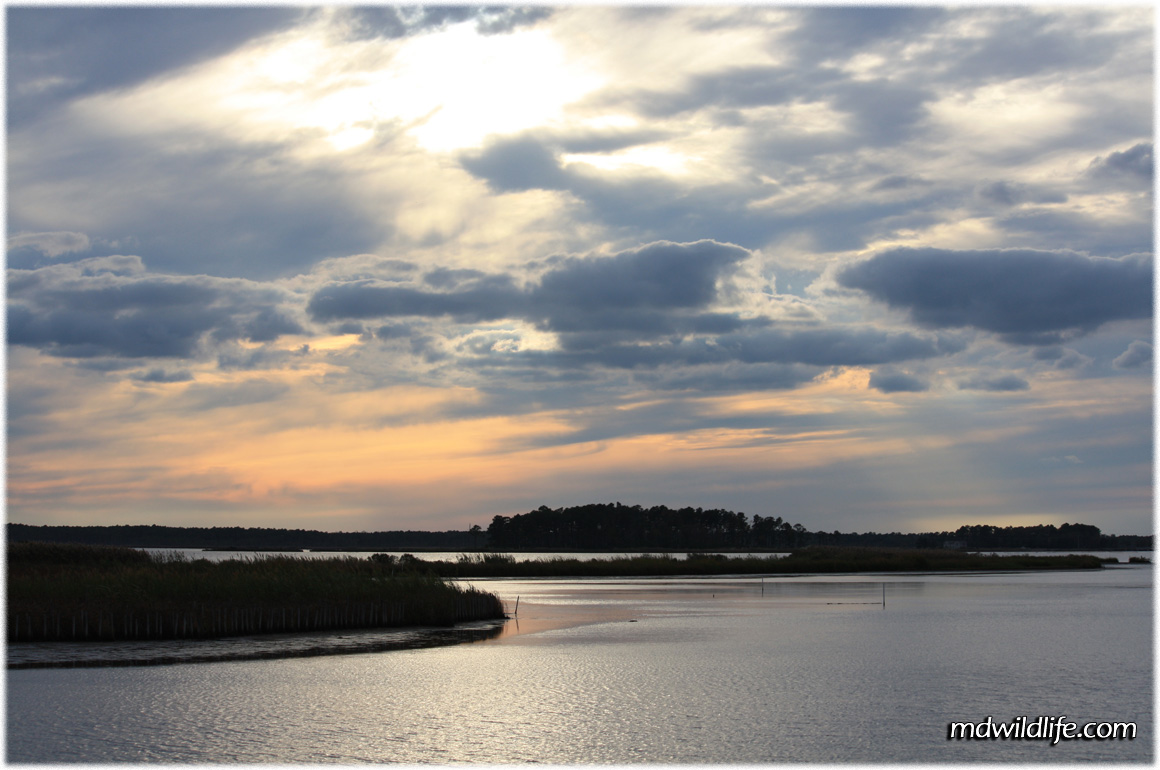 Looking out over the Blackwater River from the wildlife drive.

Blackwater National Wildlife Refuge is a vast wildlife region in the Maryland eastern coast watershed located within a roadway perimeter formed by state routes 335 and 336. The Refuge is accessible off Route 50 and mostly consists of marshland.

Blackwater is a favorite spot of local photographers for very good reason. The wildlife possibilities range from eagles and other raptors to waterfowl to amphibians, reptiles, small mammals, deer, elk, songbirds and endless arrays of insect life. It is easy to spend an entire day at Blackwater.

There are a few wooded or marash-edged trails to walk, beware in the summer months however as the biting bug population is extremely heavy. The flies are huge and will not leave you alone.

I would say the refuge’s most popular tourist feature is the wildlife drive. It is a 5-mile stretch of road that runs parallel to Key Wallace drive along the Blackwater River. The roadway is flanked by a number of trees or posts that may support various perched birds. The refuge supports boxes atop many of the posts that are preferred nesting spots for osprey and its failry common to see them in the late summer and fall months. Herons and egrets are very common along the pond areas not far from the road.

You may also contain south beyond the wildlife trail on Routes 335 and 336. The road will loop around the bottom of the refuge area and the blackwater river for about 20 miles and bring you back up to Key Wallace Drive. The scenery is amazing and bald eagles perched in trees along the roadway is not a rare site. The drive is worth it if you have the time.

In terms of why Blackwater is not my favorite, the location is a little tough. No matter what direction you come from, you will need to spend a decent amount of time on Route 50 and that can be a very annoying road with the combination of heavy traffic from Ocean City travelers and other beach folk and numerous traffic signals.