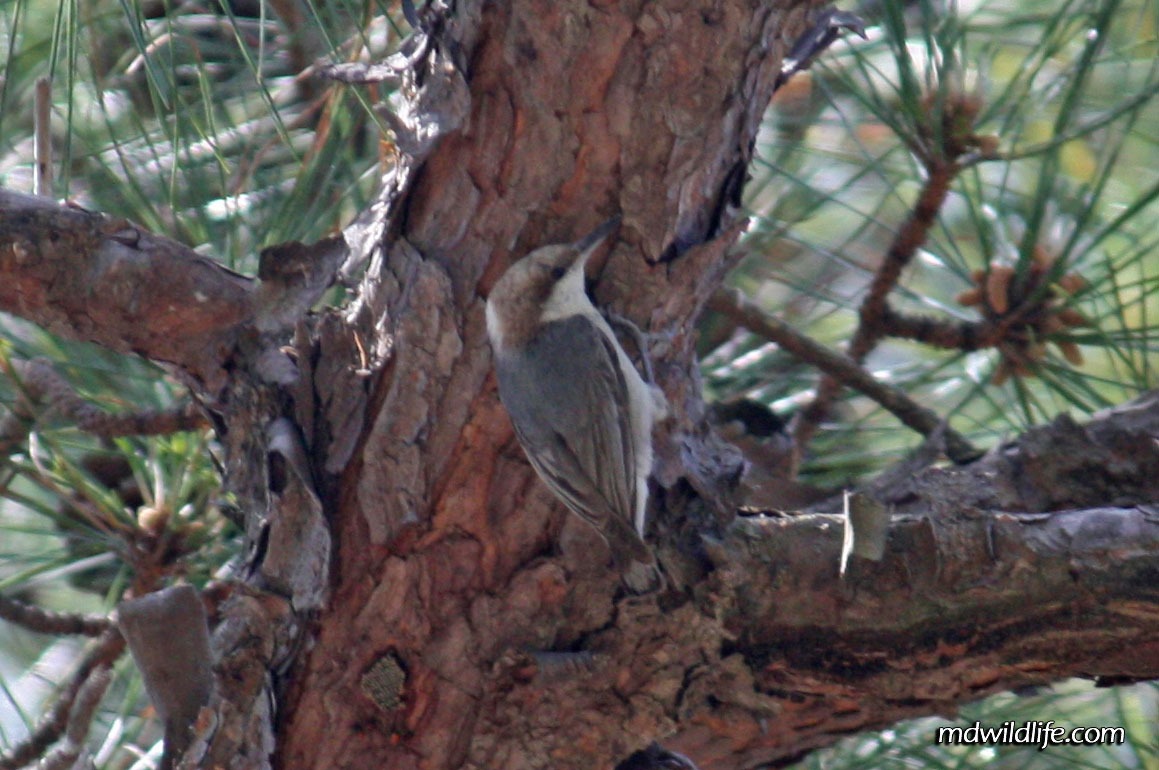 The Brown-headed Nuthatch is found in wooded areas.

The Brown-headed Nuthatch (Sitta pusilla) is a small bird with a  short tail common in wooded areas and forests.

I took the photo above at Eastern Neck Island Refuge, and that’s the only time I have ever saw one of these Nuthatches. I really heard him more than I saw him. He was incessantly pecking away at the pine tree and I thought, at first, it may have been a woodpecker. I zoomed in with my 250 and he was bouncing around the tree, smacking the bark, looking for bugs.

The Brown-headed Nuthatch has a less expansive range than the other American Nuthatches – the White-breasted and Red-breasted – and according to the maps I have seen in books and online, usually sticks to the southeastern states. It is not likely you will see this guy in the western part of Maryland, but I wouldnt rule it out. According to the Assateague Island website, this particular Nuthatch can be found on the Island’s reserve.