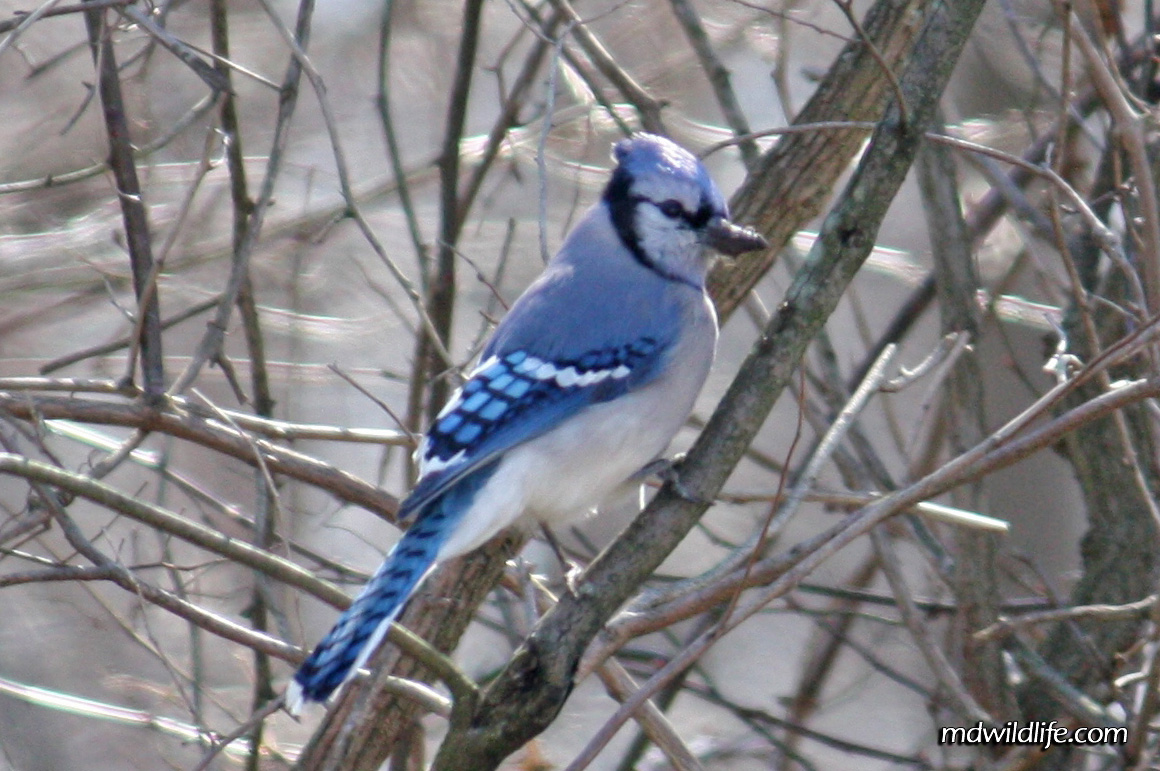 It’s the common and easily recognized jay everyone sees in their backyard. It’s available year-round aross the state of Maryland and the greater United States.

I’ve seen them outside my home in the northeastern part of the state and photographed the one above at Eastern Neck Island National Refuge.