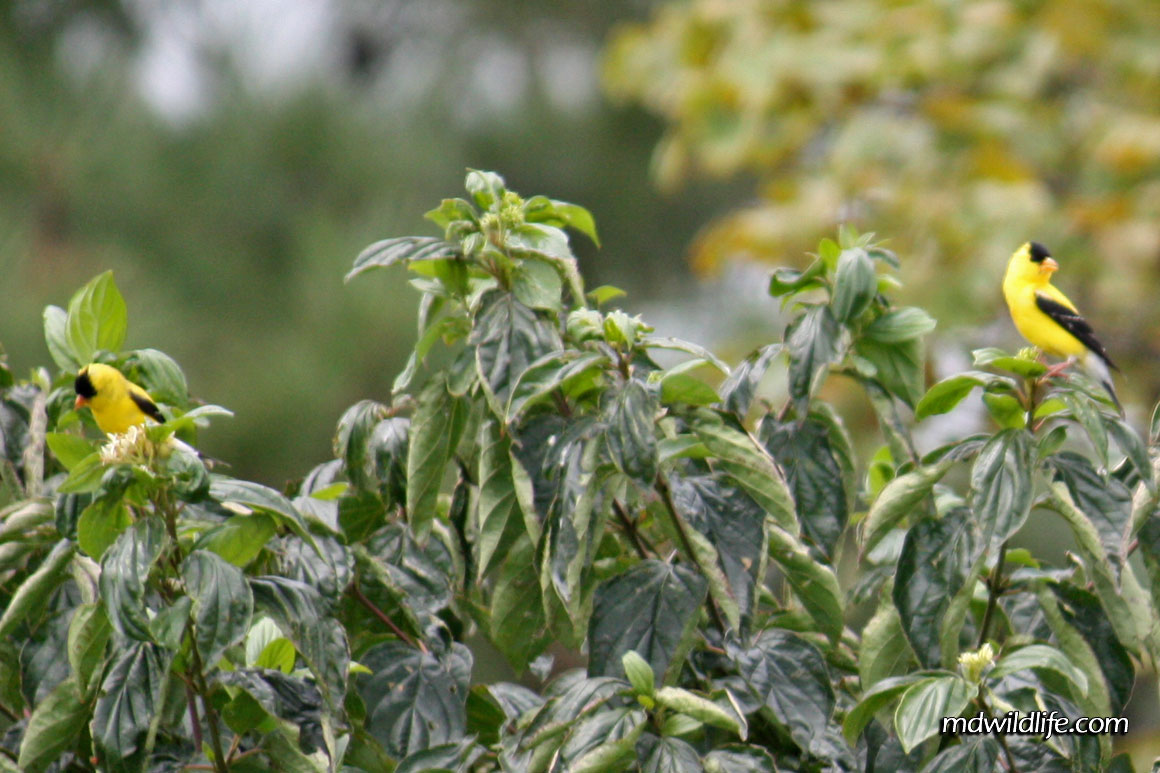 The American Goldfinch (Carduelis tristis) is a small, mostly yellow bird common across the United States and lower portions of Canada.

It has a year-round range in Maryland. I’ve photographed this species of finch at Blackwater National Wildlife Refuge in late summer.