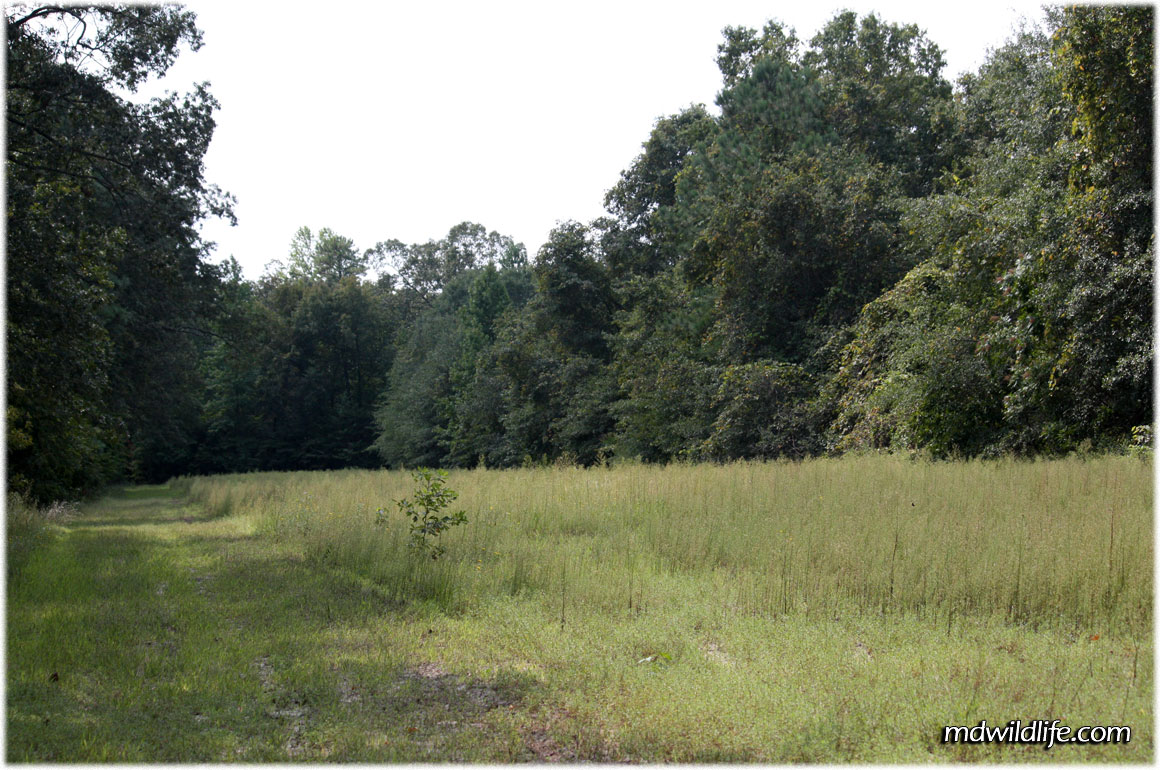 Idylwild is a fairly large Wildlife Management Area located on the Maryland-Delaware border, just north of Federalsburg . The area is accessible off route 306 with clearly marked parking areas. You can get to 306 off Seashore Highway, Delaware state route 404.

There are several turn offs along the 306 drag that head into the WMA, just look for the two major spots marked with the state’s big and brown WMA signs. 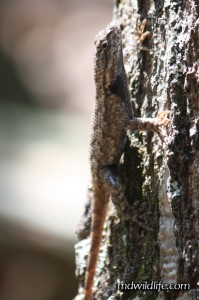 An eastern fence lizard does his best to stay hidden, clinging to the side of a tree.

Idylwild contains a large public hunting area and has signs for a private hunting area on its grounds as well. Bright, colorful signs posted on trees clearly mark the hunting areas and safety zones. as with most WMAs, hunting zones are something to be wary of in season, which usually starts in early September.

The WMA is a maze of trails. I was using a GPS tracking map on my phone as I walked through, but I really wish that I could find a complete trail map for Isylwild before I stepped in. Some of the trails abruptly stop and some lead into hunting areas.

Idylwild is definitely another one of those areas where I made one trip, but I will have to make another to explore it fully.

The landscape is heavily wooded but it’s not a dense forest. The trails and paths aren’t wide, but the trees don’t crowd and over-hang your path, so the walk still has an open feeling.

When walking the trail toward the southern part of the WMA, there are several open areas similar to the one in the photo at the top of this page. It’s not a full meadow, or anything that large, but just a few hundred yards of space where the woods opens slightly into a clearing.

A small detail that I feel makes a big difference is the ground. The paths are a very soft dirt almost sand substance, which is fantastic. I have been to other WMAs that have the gravel path or, maybe, the fallen leaves and sticks ground, and it’s really hard not to scare away birds or other scurrying species when you’re crunching with every step.

The sandy surface allowed me to be a lot more stealth in moving through the trails. 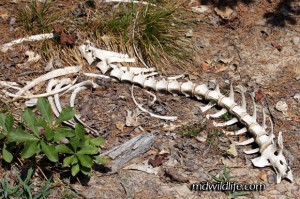 Bones of an unknown animal are picked clean and strewn about the ground at Idylwild.

There is some water that moves through the area in the form of a creek or stream, but entering at the south trail I couldn’t navigate to it, which is another reason why I want to go back and enter at Idylwild’s north parking location. From the Google map image, it looks like water is accessible from the north entrance.

As for wildlife, the selection was pretty varied. I saw a turkey vulture overhead at one point, but I didn’t see or get a sense of many large birds or raptors. I would expect hawks have a nice food source, however. Because of the large hunting emphasis I would assume deer and game bird, though I didn’t see any of those either.

Although the area was dry, I saw toads and lizards and some fine snake habitats. The butterfly and insect life was immense and there was a nice selection of spiders to run across as well. I also saw and heard a good amount of small birds, finches, woodpeckers, small songs birds.

You won’t be disappointed.

My Tracks for Idylwild WMA